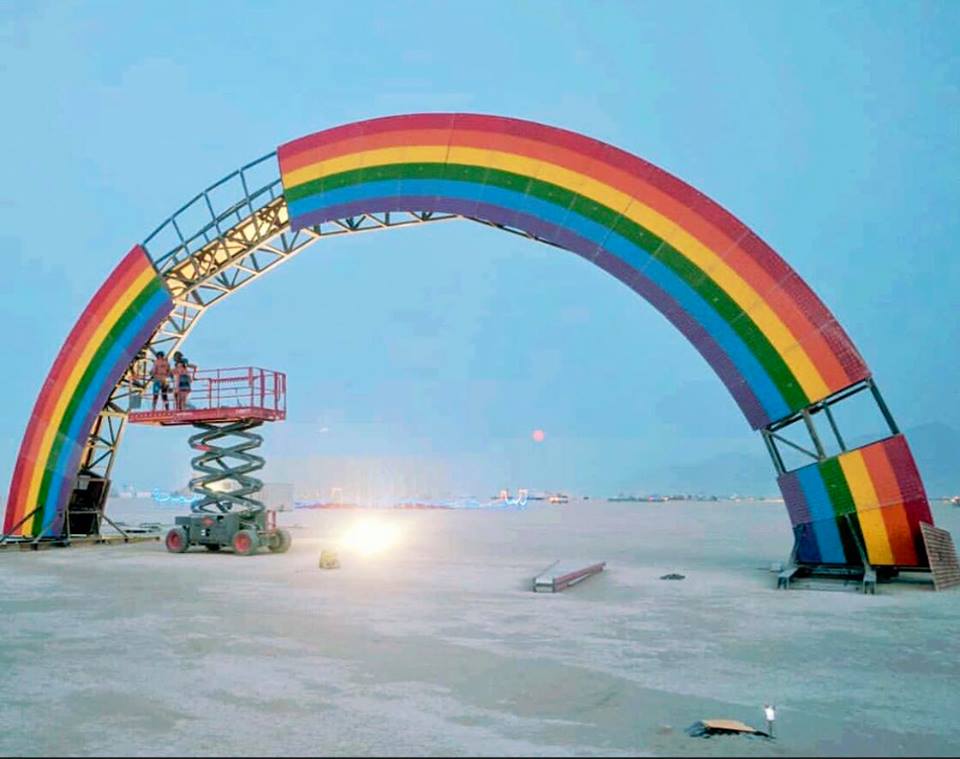 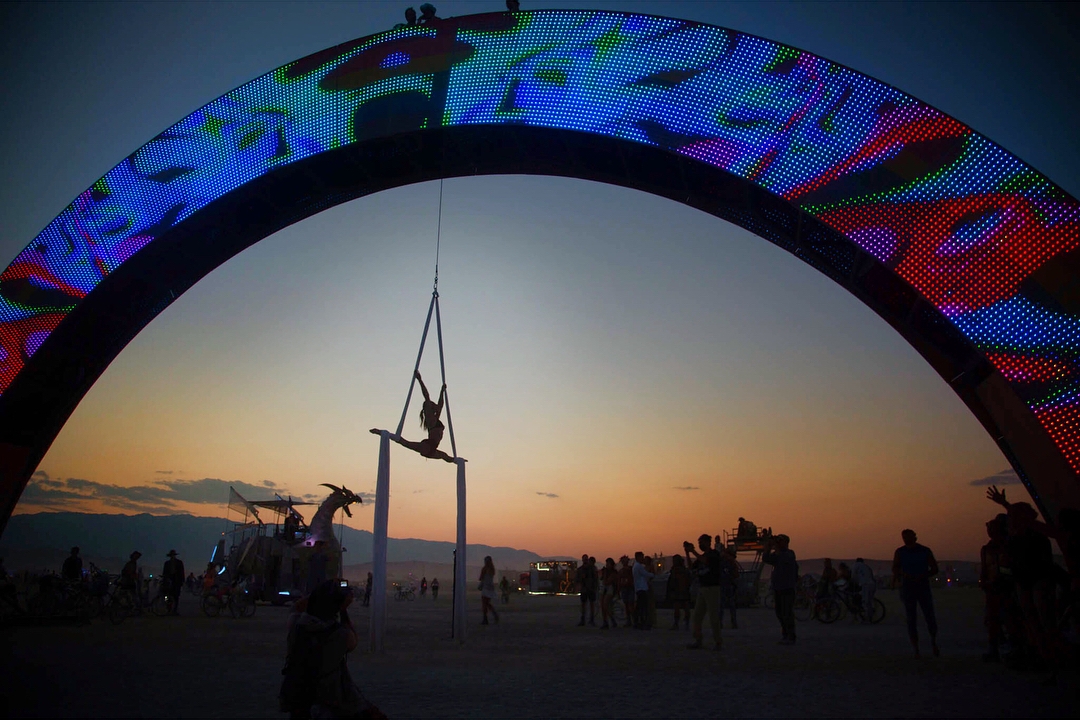 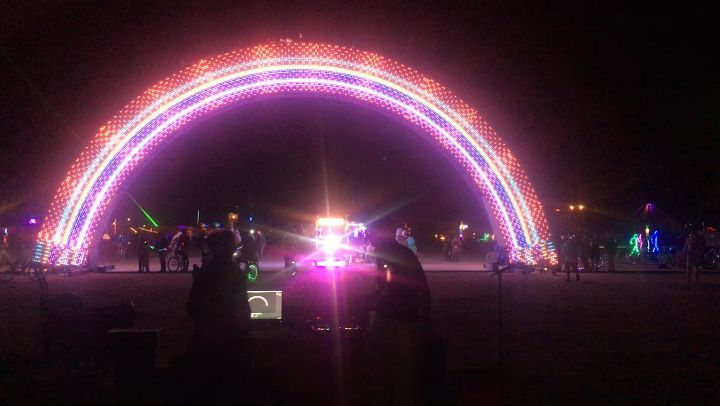 So now for story time. What motivated me to contribute to such a project and what was my experience with it

For those unfamiliar with Burning Man, it's a blank slate where people bring art and music to create a temporary city for 8 days

For further reading, here's a lunch and learn presentation I gave about it: https://docs.google.com/presentation/d/1752fmM8tJgjFNEw0VnFdGHDjVNGsZ74Ofbg8H7lss_4/edit?usp=sharing

At the time of writing, I'm 29 years old and my dad would be 79 years old. He died earlier this year. I always had this desire to have kids before he passed away

Initially, I thought this was due to wanting to have my children know their grandparents (an experience I had a shortage of). Then after a speed counseling session at last year's Burning Man, I realized this wasn't the full case

Burning Man story time! I didn't seek out speed counseling, more it found me -- as a lot of things do out there

I was exploring a new part of the city. Someone offered me hot dogs, I accepted, and stopped in. While eating and talking, a woman invited me to speed dating

I figured why not since I'd never done it before

We went to the event, it turned out to be speed counseling but I decided to stick around anyway

Speed counseling gist: 1 inner circle and 1 outer circle of people, 5 minute sessions where inside counsels outside 3x, then outside counsels inside 3x

Back to motivations, the epiphany I had at this speed counseling event was that half of my fear was rooted in being unable to teach my kids the content that my dad had taught me

After getting back to San Francisco, I decided to properly address my lack of knowledge. I had some EL wire that wasn't functioning properly. This was motivation enough to try to pick up electronics again for the nth time

Then in my dating life, someone told me about how Burning Man art projects are willing to teach you as long as you're willing to help. I was skeptical of said free lunch but was willing to see how things went

In March, I went to a Burning Man theme camp and art project meet and greet and signed up for a few volunteer lists

As I waited to hear from the art projects, I continued to hone my electronics skills with the lantern wall project. This soldering experience became key later on

Then in June, I was contacted by both Rainbow Bridge and Chilopod, another art project, about coming to their respective warehouses to help out

I went over to Rainbow Bridge first but there wasn't much for me to do yet; the majority of the project was metalwork which I wasn't qualified for. That being said, there was a prototype panel which needed wiring and soldering so I jumped on that

Rainbow Bridge felt low-touch for me at the time so I started helping out on the Chilopod as well. This was wood fabrication and took me to the next level of experience: drills, impact drivers, circular saws, jigsaws, orbital sanders, and techniques (e.g. clamping with body weight, proper weight/hold for drill/impact driver, accurate measurements over long distances) 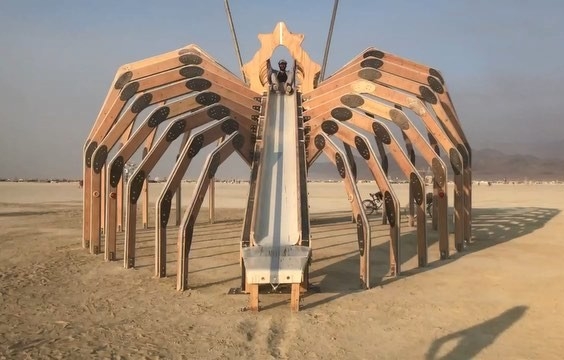 Between June and mid-July, I helped on both the Rainbow Bridge and Chilopod. It became clear though that I didn't have enough time for both projects so I went with Rainbow Bridge as it felt they were more lacking in volunteers

From June through July, I was assigned to architect the interactivity portion of the bridge; figuring out the how we take inputs (e.g. MIDI keyboard, microphone), output sound, feeding the data to our computers, and sourcing said components for said architecture

We had many iterations but the final architectural plan was:

Additionally in mid-July, we built more test panels so the software team had something to visualize against: 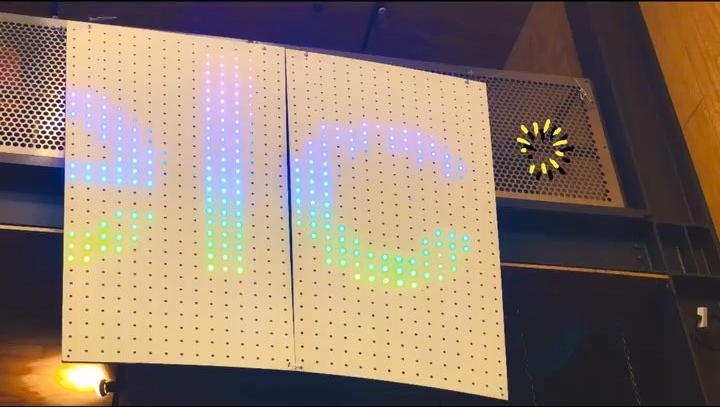 Each panel is constructed as follows:

When I timed this all out, it took 1 person 3 hours per panel for the electronics portion

Between late July and mid-August, we built 56 panels including 3 extra panels and excluding test/prototype panels. 4 of the panels were different to handle the parts that met our footings

In mid-August, it was time to bring out the rainbow to Burning Man

We got the flatbed on Thu Aug 15, forklifted our large metal trusses onto it, added bins of components and tools in the spaces in between, ratcheted everything down, and saw it off on Sat Aug 18 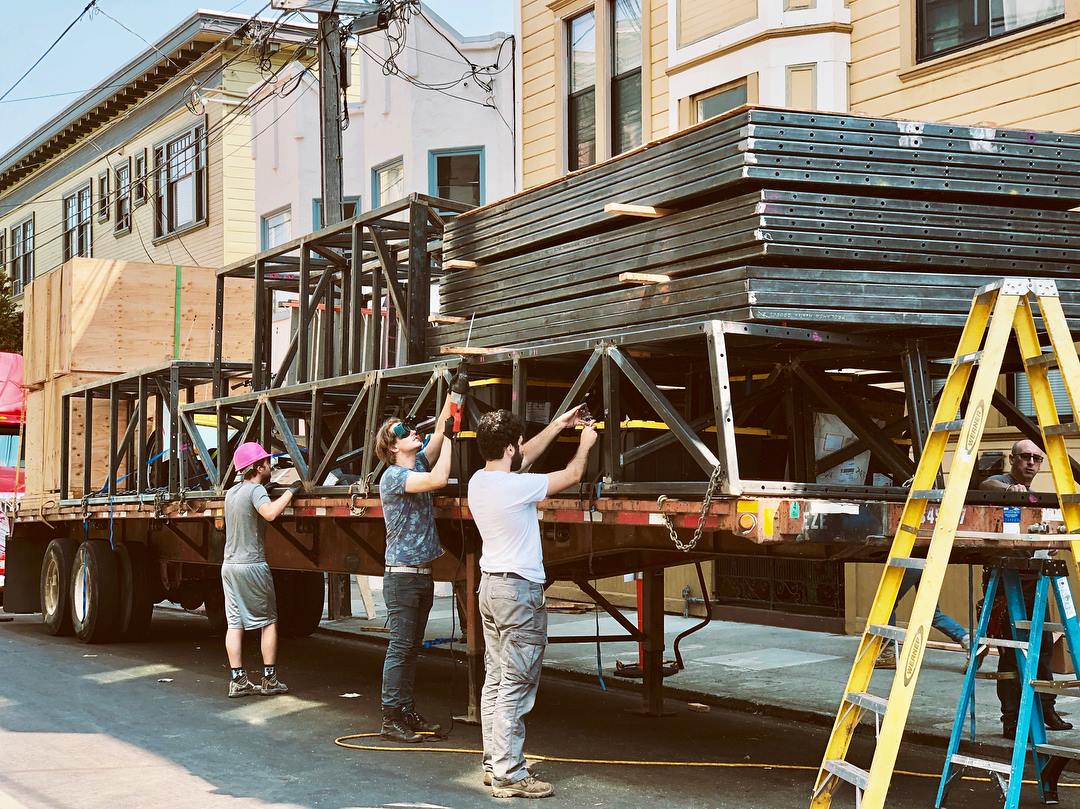 In addition to this, we rented and filled a large U-Haul. We weren't initially anticipating needing the U-Haul but the generator was larger than expected, the flatbed was smaller than expected, and it acted as a workspace on playa (e.g. can collect sawdust without worrying about MOOP/litter)

We departed on Sun Aug 19 with 3 vehicles and 7 build crew members (including myself). Our goal was to arrive in Black Rock City on Mon Aug 20 at midnight as that's when our work access passes started. Unfortunately, on the way we found out that will call didn't open until noon

We decided to stop in Reno, get well-rested, and leave in the morning. This was also beneficial as on the way, our U-Haul had blown a tire and is a generally stressful vehicle to drive

The rest of Monday played out well: 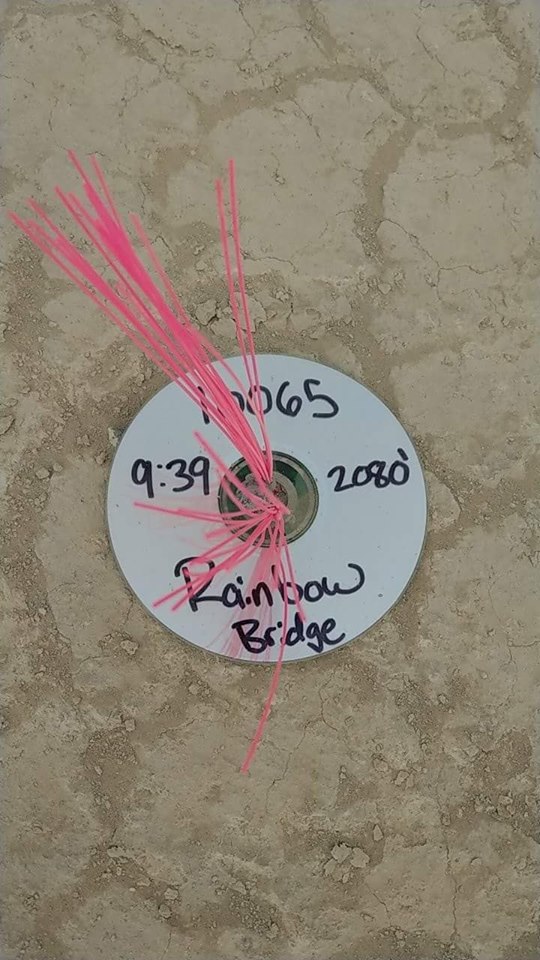 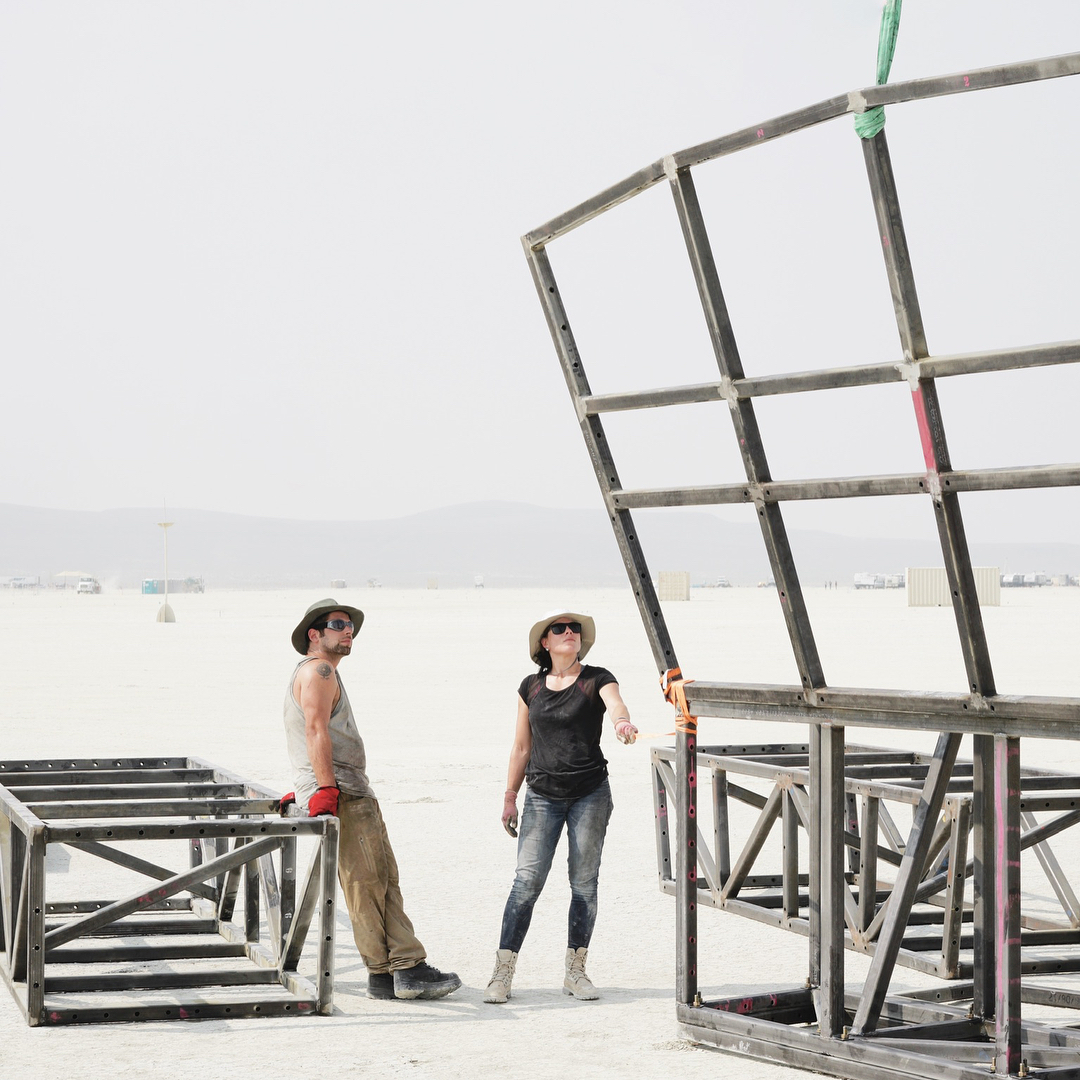 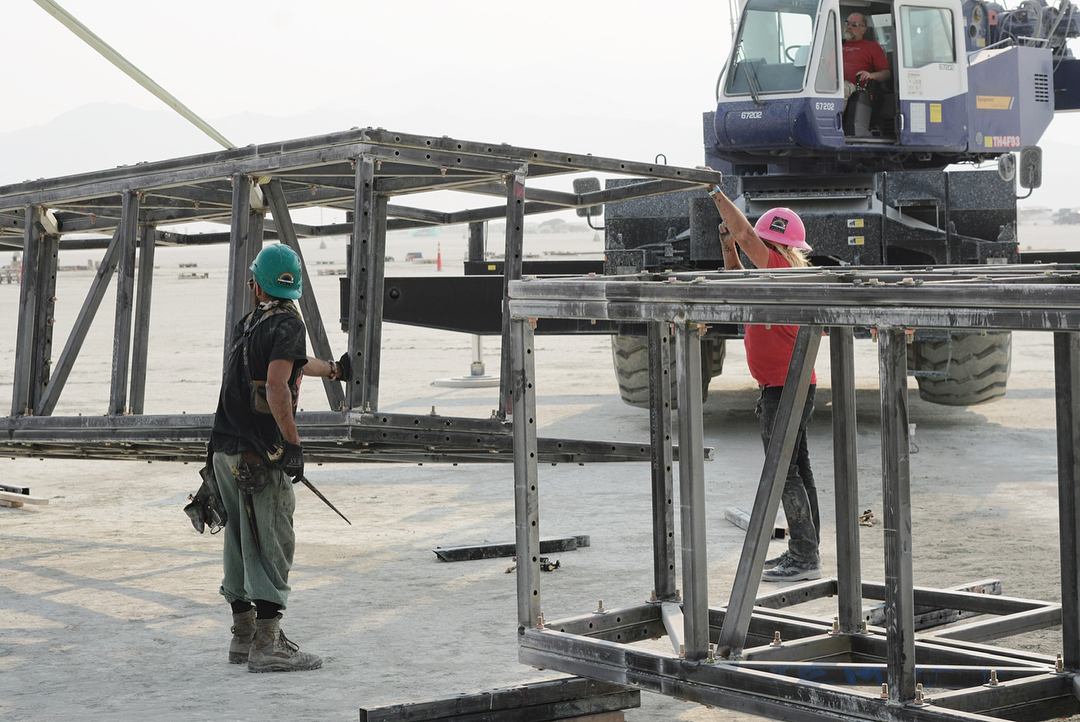 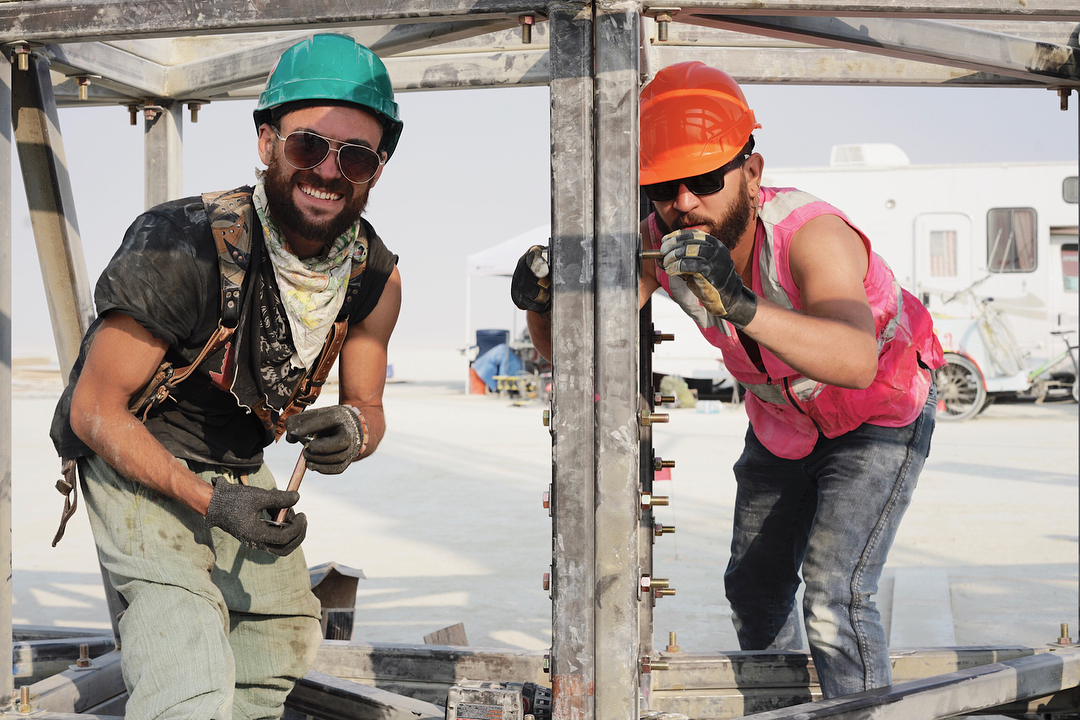 On Thursday, we had a "hurry up and wait" situation due to HEaT's equipment being occupied by other projects: 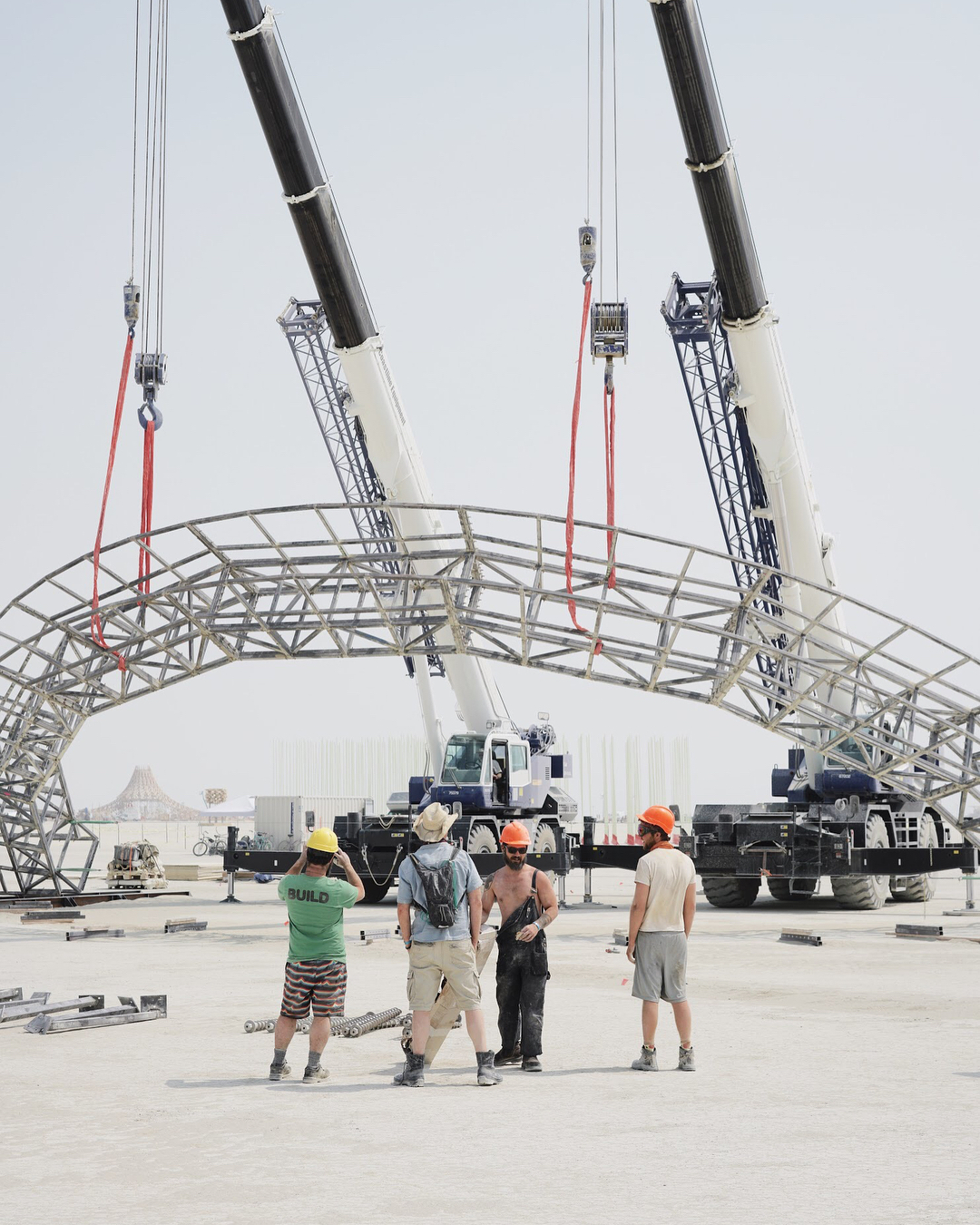 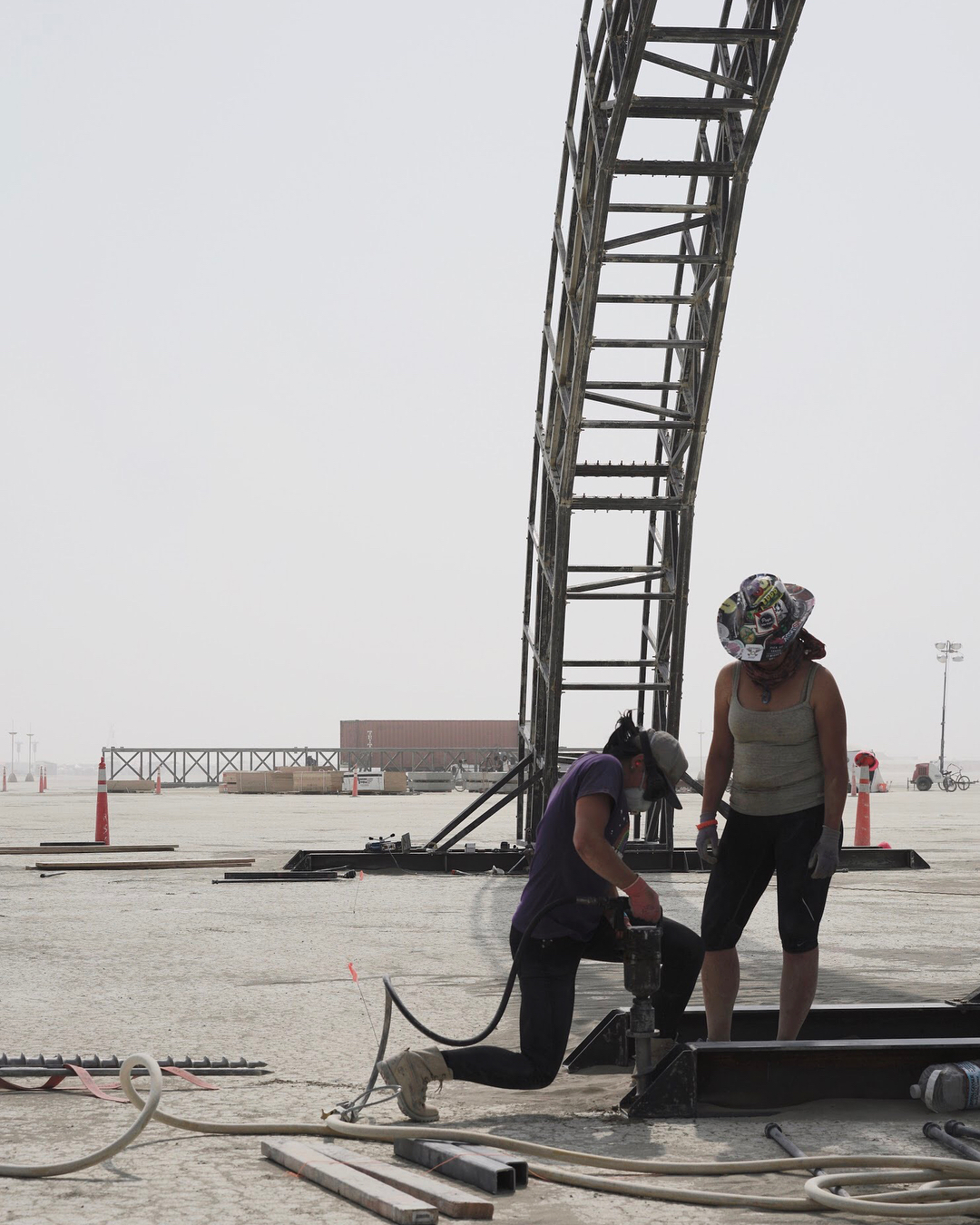 After Saturday, I had other volunteer responsibilities to tend to and was leaving the upcoming Friday for a wedding, thus was unable to help further

All in all, helping build the Rainbow Bridge was a super rewarding experience; I gained invaluable skills/experience, saw how the artistic sausage is made, and enjoyed everyone I worked with