I've been slowly picking up electronics over the past year. At this year's Burning Man, 3 out of 5 EL wires broke on me. This time, instead of e-cycling them, I decided to use it as a learning opportunity.

If you've never done electronics before, SparkFun is a great resource. This video got me into it by finally understanding how to debug (like me learning about Firebug for the first time):

The first step was isolating the problem. The EL wire I have is 1 circuit + battery holder and 1 wire which clips in. 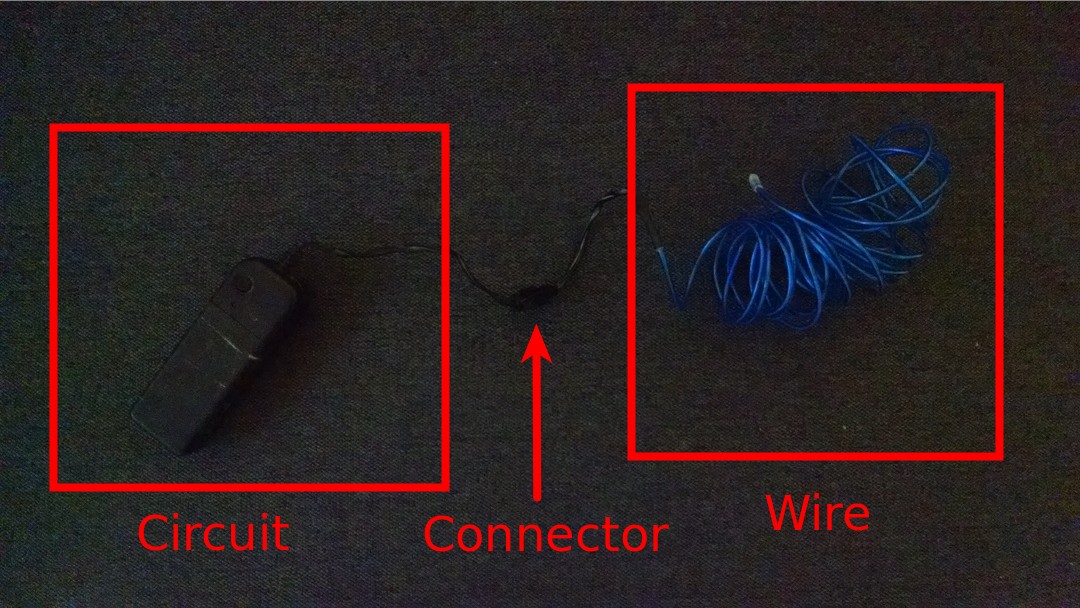 That made it definitive that something in the blue circuit/batteries was broken. It was possible it was the batteries so I double checked:

Okay, now it's definitely the circuit

Next, I wanted to keep on isolating the problem. I opened up both of the circuits and visually inspected them

I connected a multimeter to the ground terminal of where the circuit would be. Then poked around with the positive terminal on the rest of the board

Everything seemed connected on both boards

I couldn't figure out what was wrong

Then, I decided to connect to the button's solder points

Ah ha! It looked like the red circuit's button worked in any direction whereas blue's button only activated when pushed in a very specific corner

I put the blue circuit back together and pushed the blue button in its specific corner and it worked!

So the problem was most likely the broken button

For double sanity, I hooked up the button to the multimeter and confirmed it only worked in the specific corner

Now that the issue was identified, I decided to order replacement buttons

However, clearly this wasn't going to future proof the device from it breaking again

At the time, I thought the issue was the buttons being too tall so my solution was to buy a shorter button, hot glue it to the top of the case, and run wires to the PCB's holes

I'm still a little doubtful that that was the problem (e.g. could have been dust from Burning Man getting into the button's internal circuits)

So I might wind up taking even more precautions in the future (e.g. taping over the button's hole)

Anyway, at this point I bought momentary buttons to get started

I hot glued a button to the top of the case

I verified its connectivity afterwards (e.g. heat could damage circuit)

Another delay, this one was caused by wanting to buy a fume extractor and personal life

I also purchased a new soldering iron for better temperature control (Hakko Fx888-D is wonderful). My old solder was a Weller with no knobs, only a plug for the wall outlet

After they arrived, I desoldered the EL test wires

The following is directly from my notes: 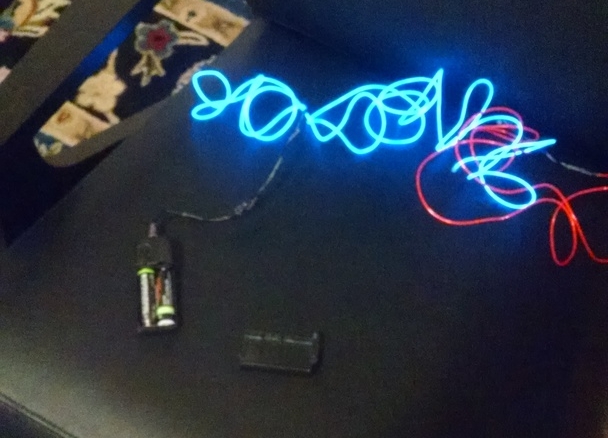