Practical applications of the dot product

This article was originally published on Medium:

I recently started at Standard Cyborg where I've been ramping up on Computational Geometry. I've started diving into our lower level source code to see how it ticks. This post documents my learnings about the dot product.

Projecting a vector onto a vector

Below is a proof explaining how the demo works. After that is a few shorter related demos and proofs.

As a courtesy to those who haven't touched Math in a while, here's some notation Linear Algebra notation we'll be using:

Let the "orange" to "blue" vertices be our axis vector and "orange" to "green" be our offshoot vector. This is the largest proof so we'll take it on in 3 steps. 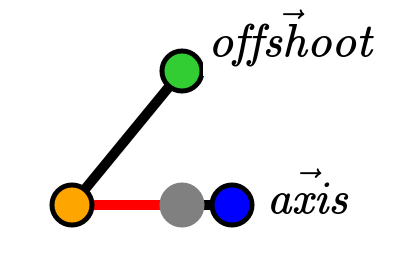 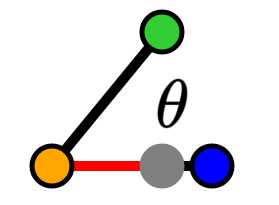 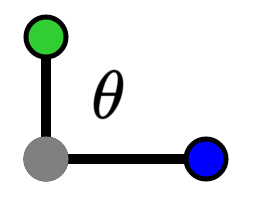 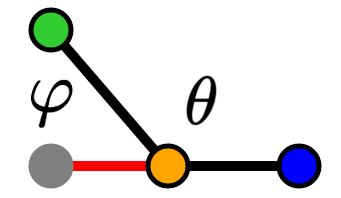 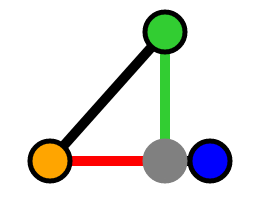 Visualization of our right triangle

By the cosine trigonometric identity, we have:

For our second scenario (θ = -π/2, θ = π/2), our offshoot vector is orthogonal and thus our projection vector is the zero vector. We can still use the same cos(θ) equation.

Additionally, we can define our projection unit vector using d:

To make our final derivation easier, we're going to restructure the dot product a little. First, let's start by writing out more knowns:

With these knowns, we restructure our axis projection vector as follows:

Taken from knowns above

Divide both sides by direction and axis vector length

Taken from knowns above

And there we go, we have our formula for a projection vector:

Finding the orthogonal component of a vector to another vector

With the calculation above, we can derive an orthogonal component of a vector with respect to another vector

This is practical for computing an angle between 2 vectors around a given axis in 3 dimensional space (e.g. rotation around a fixed axis).

For the proof, we've already resolved this vector via our right triangle construction; it's the "opposite" edge (i.e. our green line). As a result, we can use vector addition to resolve our orthogonal vector:

Construction of our vector via its right triangle

Subtraction and rearrangement of vectors

For some sanity, we can also think of our vector space with our axis as an actual axis:

Subtraction of our definitions and proof of orthogonality

Finding the shortest distance from a point to a segment

For this proof, we will solve it in a piece-wise fashion. There are 3 scenarios: 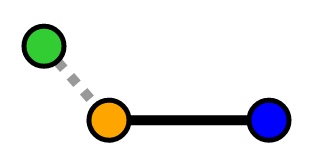 Our point is "behind" our segment 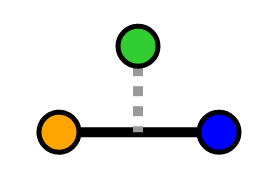 Our point is "between" our segment 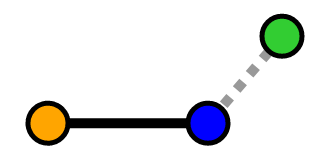 Our point is "ahead of" our segment

To determine which of these scenarios our point falls into, we find the projection vector and compare it to our segment as a vector. We simplify this a little so it's a comparison between their scalars, not their vectors 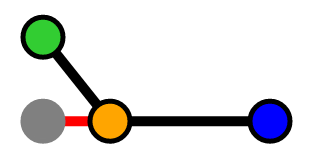 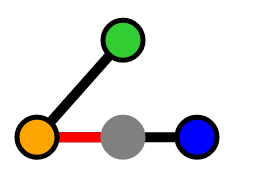 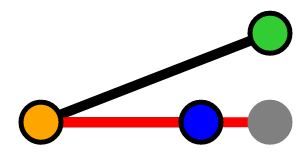 Previous resolution from "Projecting a vector onto a vector"

This ratio tells us how much of our offshoot vector is projecting onto our axis.

If the ratio is negative, then we know the point is "behind" our segment and our length is the distance from our "orange" point to "green" point:

Otherwise if the ratio is greater than 1, then we know our projection vector is longer than the axis vector itself. Thus, the point is "ahead" of our segment and our length is the distance from our "blue" point to our "green" point:

Otherwise, the ratio is between 0 and 1 inclusively, so our projection vector falls onto the segment. Thus, the shortest distance is a line perpendicular to the line. We've calculated this before via the orthogonal component of a vector:

We can shorten this a little bit with some variable reuse:

Substitution for ratio calculated above

Here's our final solution in a piece-wise format: