Back in November 2012, I began working on a project titled kaleidoscope. The idea was a script that would take screenshots of multiple webpages in the browser and display them in a grid on a website. Each image would automatically refresh as any file it used was updated and it would be entirely standalone within the browser.

The reason for this was updating one line of CSS verifying isolated changes for a single page which requires checking multiple webpages.

If the technology sounds far-fetched, it is not and I had a working proof of concept.

snapshot.js was intended to be the flagship engine. However, due to implementation bugs in svg+xml images, it would not render some properties properly (e.g. background-image, box-shadow). 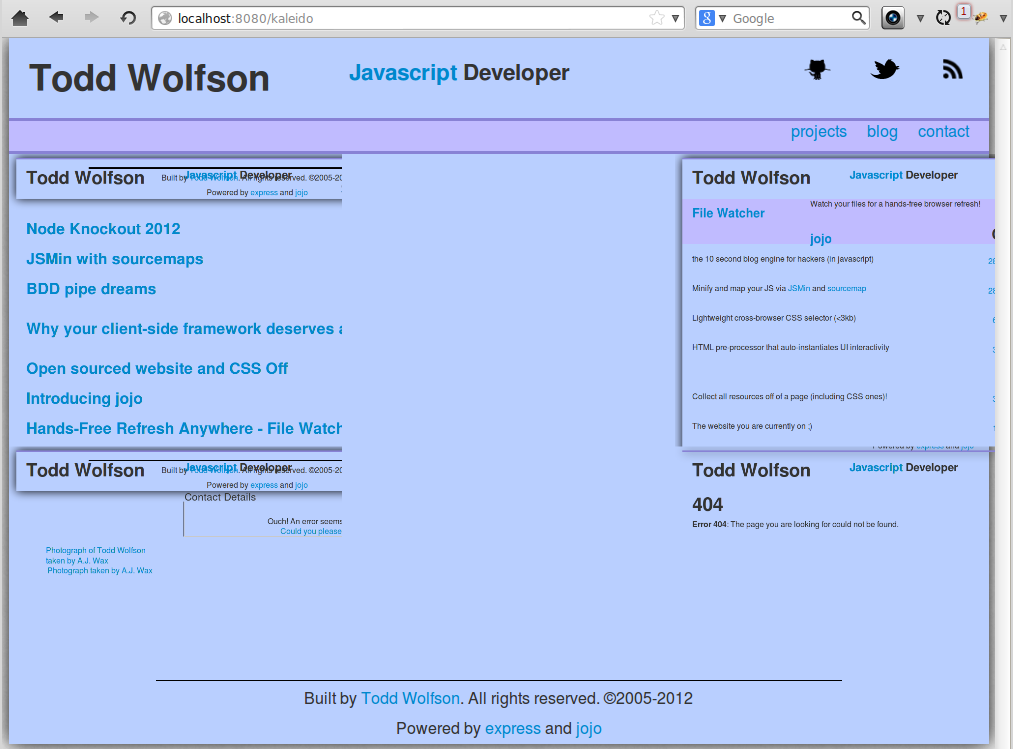 However, the grid system with screenshot-as-a-service worked quite well. 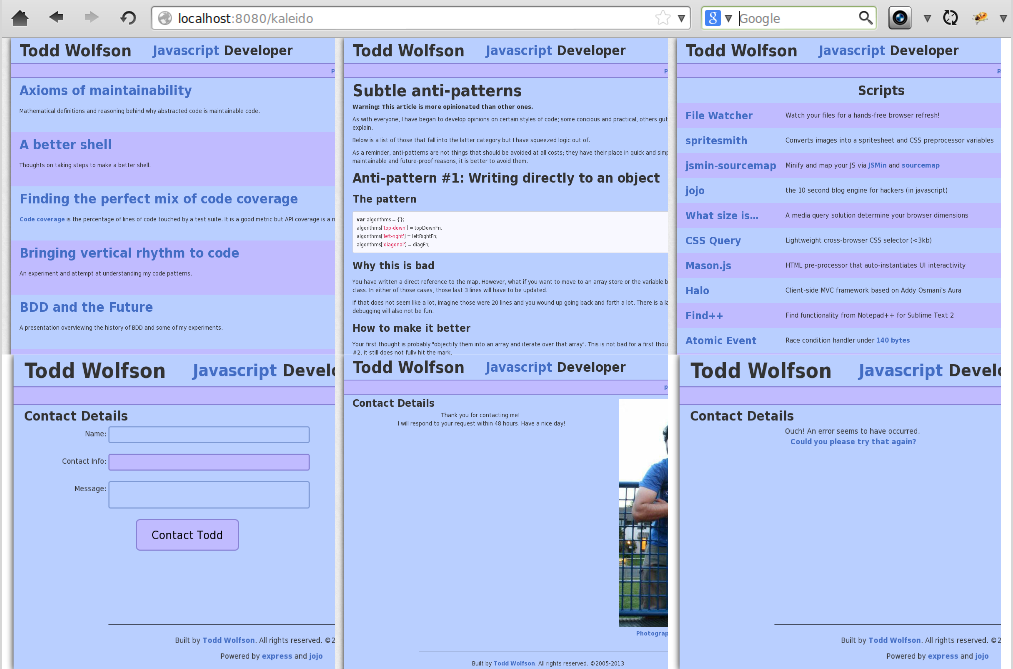 I am marking this project as a failed experiment since the in-browser results would not render properly. It is great that I got it workign with screenshot-as-a-service but the purpose of the experiment was to be standlone in the browser.

The reason I am marking it as abandoned now rather than back then is I know what the next steps forward are; perceptual diffs. These are starting to show up more and more, Depicted being the most identifiable service.

tl;dr on perceptual diffs, take your original screenshot, change some code, take a new screenshot, take the visual difference of the images. Here are some images from an article on it.

A computer can pick up more subtle changes than a human can and magnify them for human consumption. Additionally, it can test out multiple webpages and tell if the state has changed or not for them.

I am currently thinking everything is a nail and looking forward to building tools to test with perceptual diffs. Adding perceptual diffs to a test suite will allow for quick and painless refactors of CSS and switching of templating engines. I am very eager to get started.